Don’t Let Your Oral Health Go Up in Smoke

Explaining each tobacco product and the negative effects on oral health. 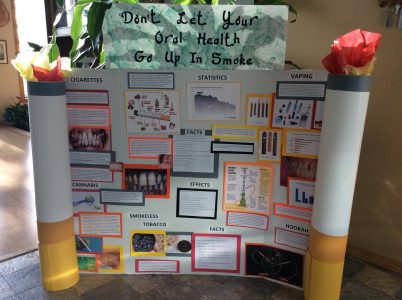 Cigarettes are a thin cylinder of finely cut tobacco rolled in paper for smoking. A cigarette is ignited at one end causing it to smolder; the rest of the smoke is orally inhaled via the opposite end and most modern cigarettes are filtered although this does not make them safer. Cigarettes are addictive because of the nicotine they contain they are a leading cause of cancer heart disease chronic obstructive pulmonary disease periodontal disease tooth decay tooth loss and other health problems

According to the American Dental Association smoking cigarettes causes staining of the teeth bad breath and a diminished sense of taste. Overtime smoking can hinder your immune system producing more concerning side effects that include a reduced ability to recover after surgery. 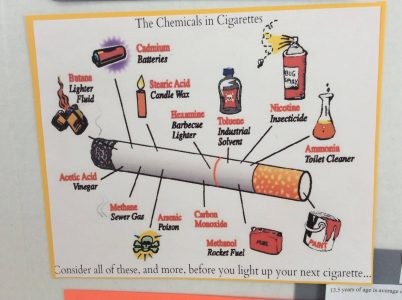 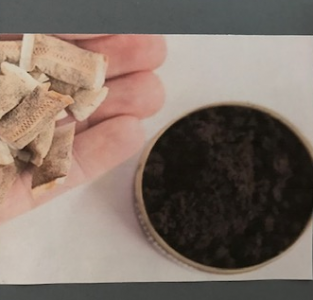 · It is just as addictive as cigarette smoking.
· One can of snuff contains the same amount of nicotine as 4 packs of cigarettes.
· Dipping 8 to 10 times a day introduces as much nicotine into the body as smoking 30-40 cigarettes.
· The amount of nicotine in the bloodstream after using smokeless tobacco may be higher than that of a cigarette smoker because nicotine is easily and quickly absorbed through the lining of the mouth.
· Nicotine stays in the bloodstream longer with smokeless tobacco than with cigarettes.

The juice from smokeless tobacco causes sores and white patches (called leukoplakia) in the mouth that can lead to cancer. People who use smokeless tobacco have a higher risk of cancers of the mouth, throat (pharynx), esophagus (swallowing tube from the throat to the stomach), stomach, and pancreas. Other effects of using spit tobacco include chronic bad breath, stained teeth and fillings, gum disease, tooth decay and loss, and break-down of bone in the jaw. Studies show that users of smokeless tobacco also have an increased risk of heart disease, heart attacks, and stroke. 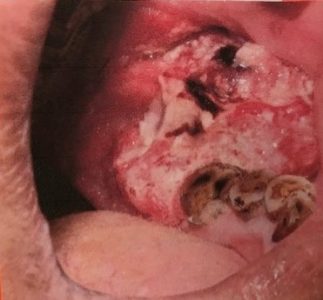 Cannabis smoking is the inhalation of smoke or vapors released by heating the flowers, leaves, or extracts of cannabis. Marijuana smoke contains about 60 chemicals called cannabinoids the main psychoactive chemical, tetrahydrocannabinol (THC), which is absorbed into the bloodstream via the lungs. The dried leaves and flowers of the cannabis plant are usually rolled into cigarettes (“joints”) or placed in a water (“bong”) or other pipe and smoked, or its resin or oil forms (hashish and hash oil) is ingested or inhaled. Smoking marijuana is the most common use. Archaeological evidence indicates cannabis with high levels of THC was being smoked at least 2,500 years ago. Marijuana smoke is also filled with many of the same chemicals as tobacco smoke, including ammonia, hydrogen cyanide, and formaldehyde. Some of these chemicals are known to cause cancer. 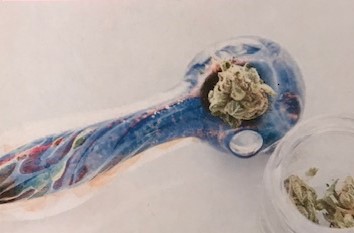 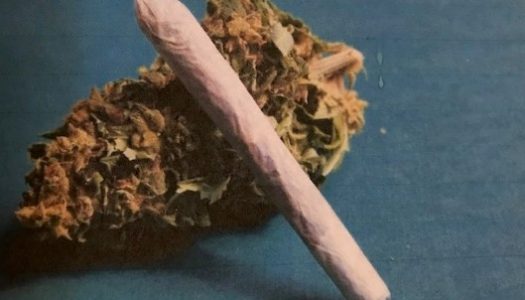 Effects:
Cannabis smoking is associated with periodontal complications, xerostomia, and leukoplakia as well as increased risk of mouth and neck cancers. Further, the main psychotropic agent, THC, is an appetite stimulant, which often leads users to consume cariogenic snack foods. Regular cannabis users are known to have significantly higher numbers of caries than nonusers. 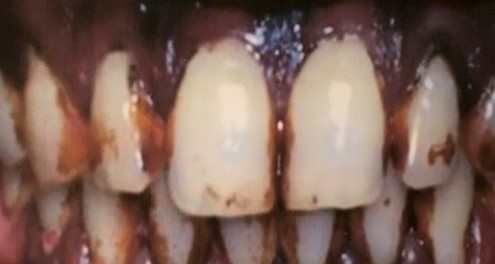 Vaping is battery powered form of smoking that involves heating nicotine to create a water vapour to be inhaled. It comes in a liquid form, using safe ingredients of nicotine, propylene glycol, vegetable glycerin and flavourings. When heated up, they create new chemicals that are considered unsafe (formaldehyde, tin, nickel and aluminum). One liquid pod (200-400 puffs) is equivalent to an entire pack of cigarettes, and they can contain more nicotine than other tobacco products. The different styles of vaping are vape pens, vapes, mods, e-hookah, and tank systems. 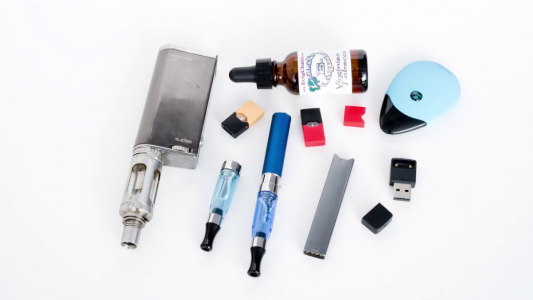 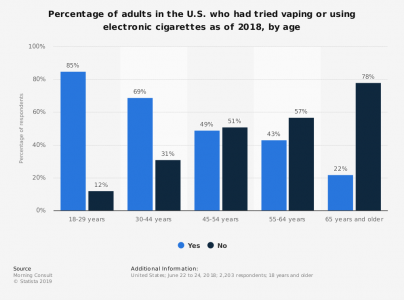 A cigar is a roll of tobacco that is either wrapped in a leaf tobacco or in a substance that contains tobacco and may contain flavourings. There are three forms of cigars: large cigars, cigarillos, and little cigars. One cigar is equivalent to 1 pack of cigarettes and contains 100-200mg of tobacco. 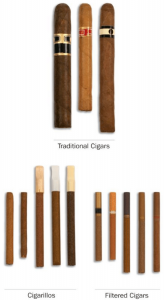 A hookah is an oriental tobacco pipe with a long flexible tube or tubes which draw the smoke through water contained in a bowl which is then inhaled. Hookah smoke contains multiple toxic chemicals and water does not filter out many of these chemicals. Hookah smokers inhale nicotine which is extremely addictive, and a typical hookah smoking session delivers 1.7 times the nicotine the dose of one cigarette. The nicotine absorption rate in daily water pipe users is equivalent to smoking 10 cigarettes per day 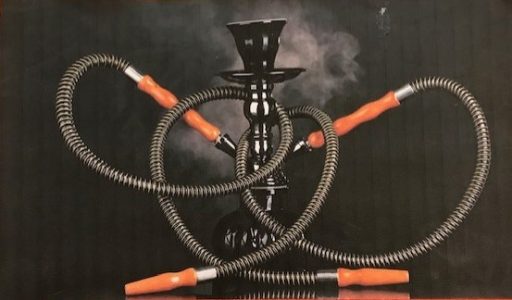 A typical hour-long group hookah session can consist of taking up to 200 puffs. The juices from hookahs can lead to irritation of the mouth which can help accelerate the onset of oral cancer. Dry mouth (xerostomia) is another common effect from hookah smoking. Any type of tobacco consumption will inhibit the mouths ability to produce saliva. Other effects include periodontal disease, staining and bad breath. 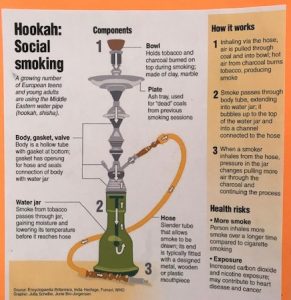 Tooth discoloration can occur as a result of surface stains, due to actual changes in your tooth material, or because of a combination of both factors. Dental professionals have identified three main categories of tooth discoloration:

1. Extrinsic Teeth Stains: An extrinsic tooth stain is staining on the surface of the tooth. It occurs when stain particles, such as pigmented residue from food or drink, build-up in the film of protein that covers the tooth enamel. Extrinsic tooth stains are typically caused by tobacco use or by regularly drinking coffee and tea, wine or cola drinks. This type of tooth stain responds well to regular dental cleaning and brushing the teeth with whitening toothpaste.

8. Overall effects of tobacco on your oral health 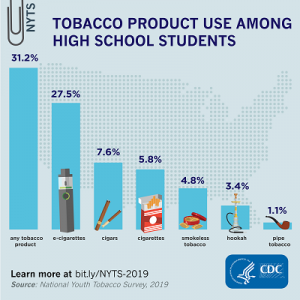 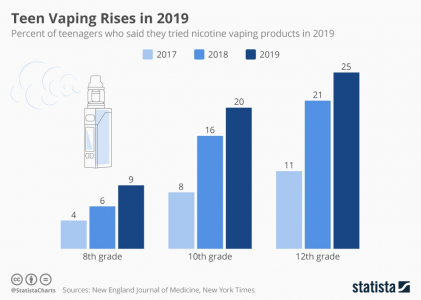